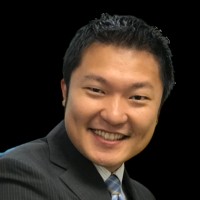 Ming is often seen with a coffee in his hand(s) where it is drunk more than water, zombified around the office as he tries to start his day. His foundation is to do the right things and to create ways for which to make this world a better place (and not end up in the dog house when things doesn’t go as planned). “The world can be better, but only if one makes it so, so let’s get to it!” as he often would say.

Ming has been working as an auditor and business consultant for over 10 years with a Fortune 500 financial institution in establishing and leading fundamental process improvements, as well as enforcing governance oversight. Blockchain technology has always captivated him, where he truly believes it will only be a matter of time until companies begin utilizing blockchain one way or another as part of their core technology. Aside from being a consultant, Ming has been trading in the commodities and equity market for over 18 years.

When not working, Ming is busy as the family’s free Uber driver in taking his 2 young daughters to dance lessons and competition establishments, as well as keeping his wife happy, “A happy wife is a happy family!” as some would suggest. Sleep, he believes, is a rare condition that is more illusion than reality. The team is constantly trying to ensure that the coffee levels in his veins stay consistent throughout the day.

Market Accessibility and Visibility of Products Direct to Consumers